Kibbutz means group in Hebrew. It is a modest name for something unique: a voluntary democratic community where people live and work together on a non-competitive basis. Its aim is to generate an economically and socially independent society founded on principles of communal ownership of property, social justice, and equality.
​
The first kibbutzim (plural of kibbutz) were organized by idealistic young Zionists who came to Palestine in the beginning of the 20th Century. Their dream was not just to settle the land it, but to build a whole new kind of society. Despite many hardships, they succeeded in creating a social system and a way of life which has played a crucial role in the development of the State of Israel both culturally and politically.

Over the years the kibbutzim have multiplied, prospered, and adapted themselves to changing realities. Today some 270 kibbutzim, varying in size from 80 to over 2,000 people, are scattered throughout Israel. With a total populace of around 120,000 they represent about 2.8 percent of Israel’s population.

In the early days of the kibbutz movement, all kibbutzim were based on a foundation of agriculture. These days, however, the economies of kibbutzim cannot be sustained by agriculture alone. Most kibbutzim have branched out into industry to increase their productivity. Kibbutz factories manufacture a wide variety of products from electronics, furniture, household appliances and plastics to farm machinery and irrigation systems.

Most kibbutz members work in some section of the kibbutz economy: orchards, factory, dairy, fishponds, or in one of its maintenance units. Routine jobs such as dining room duties are rotated among members. When too few members are available for a particular job, outside workers may be hired and paid wages or receive room and board on the kibbutz.

WHO LIVES ON KIBBUTZ?

Kibbutzim, like any other society, are made of individuals who are all different from one another. Some members of kibbutz identify strongly with the pioneer spirit that founded the kibbutz. Many others, if not pioneers themselves, are the children of those pioneers, and are now grown up and have families of their own on the kibbutz. They are called “sabras,” or people who were born in Israel. (An interesting etymology that will give you a sense of Israeli character: “sabra” literally refers to a type of cactus fruit, which is hard and prickly on the outside, yet sweet and tender on the inside).
Many kibbutz members, however, will not fit this stereotypical image. Lots of kibbutzniks will look more or less like people from your hometown and in fact may even come from a place like your hometown. Many members of kibbutz are “olim” (immigrants) from foreign countries such as the United States, Australia, South Africa, Ethiopia, Russia or around Europe. Hebrew may not be their native language, but they all speak Hebrew, as it is the primary language spoken in Israel.

As a participant, remember that you are a guest in the home of the kibbutzniks. Because we come from a different culture, we view the grounds and facilities of the kibbutz differently. For kibbutz members, the entire kibbutz is home, rather than a house with four walls. Take the kibbutz dining hall, for example; To the participant it looks like a cafeteria, which is public space. However, kibbutzniks see it as a dining room, which is private. Participants are essentially guests in the home of the kibbutzniks, and you should be respectful of that fact just as you would if you were visiting a friend in his or her house.

WHAT'S ON THE PROGRAM?​

One distinct aspect makes the Kibbutz Ulpan a unique program:

Participating are both tourists that come on a temporary base and most likely will return home at the end of the program, and young Olim Chadashim (New Immigrants), who are on the first part of their journey to make Israel their new homeland. The participants are regarded as one group by the Ulpan staff and will be treated as such.

The Kibbutz Ulpan Program has been running like this successfully over the years, giving the participants wonderful opportunities to make friends from all over the world and to experience from close by the process of absorption in a new society.

The goal of the Kibbutz Ulpan Program is to provide participants in 5 months with a working knowledge of conversational Hebrew, the ability to read simplified texts and newspapers and build a foundation for further study.

Each Kibbutz Ulpan has its own Director and staff, who are at all times responsible for the participants, their behavior and their general well-being.
Ulpan teachers are licensed by the Ministry of Education (one of our partners), and trained in teaching Hebrew as a second language to adults.
Classes generally consist of 20-25 students and meet for total of 18 to 24 academic hours (1 academic hour = 45 minutes) a week.
Most Ulpanim teach the first two levels of Hebrew, while some also offer more advanced levels.
The Kibbutz Ulpan Program includes lectures on Israel and Judaism and one-day seminars on current Israeli and Jewish events.
Also included are once-a-month guided tours and hikes to historic and scenic sites.

The Kibbutz Ulpan Program is recognized by the Ministry of Education of the State of Israel (Adult Education Department) and participants will receive an official certificate after completing the course.​

In the beginning, newcomers may find it difficult adapting to the new language, the physical labor and the collective way of life. In order to prevent unnecessary difficulties and misunderstandings, here are a few important things to remember. First, you come to the program as a student to learn the Hebrew language. All studies, especially those of a new language, require considerable effort. Assistance will be offered to you and you are expected to observe the rules of the Ulpan.

Second, your living expenses and studies are financed by work. It is required that a serious and responsible attitude toward all work be maintained. No work is more or less important than any other; you are respected according to how you work as opposed to what you work at. Being new and temporary, you may be asked to do more general service work rather than skilled labor. Try to understand that, while the work coordinator will sometimes try to vary everyone’s work placement, you may not get the job that you want most.

Third, the schedule on most kibbutzim will have you working or studying the first half of the day, so generally you will be done with your class and work responsibilities in the afternoon. You can take this opportunity to study, explore the kibbutz, get to know the members, read, write, etc. Please be aware that Ulpan is not a program in which every hour of your day is scheduled for you. One of the many benefits of this program is that it offers you the experience of actually living in Israel. Therefore, you can look forward to the flexibility in schedule that will allow you to develop a routine that is right for you.

Finally, the way of life on the kibbutz is both liberal and tolerant, but there are certain customs, regulations and rules which may not be immediately apparent or comprehensible to a newcomer. You should approach the kibbutz with respect and in time you will gain a deeper knowledge of the content and style of life there. Hopefully, you will come to value the manner of life on kibbutz.

Kibbutz Ulpan participants may participate in cultural activities held on the kibbutz, on the same terms as kibbutz residents.
In addition, most kibbutzim have a library, clubroom, sports facilities, and outdoor swimming pool. The availability of these facilities to Ulpan participants varies from place to place. If you wish to use them, make sure to receive permission to do so from the Ulpan Director.

Ulpan participants are free to use their off hours, when they are not working or studying, as they choose and are allowed to leave the kibbutz during these times. They must however take into account that they meet the Kibbutz Ulpan Program's requirements (such as being back in time for class or work) and adhere to the laws of the kibbutz and the country.

​There are Kibbutz Ulpan Programs on nine Kibbutzim throughout Israel with variations in size, location, climate, types of industry and general character. The program and general framework, however, are uniform.

The duration of the Ulpan Kibbutz is 5 months, a total of 155 days (participants may arrive 2-3 days before the start of the program and sometimes stay a few days after the end of the program).
​
Placement is based on personal preference, availability and the starting dates of Ulpan classes. 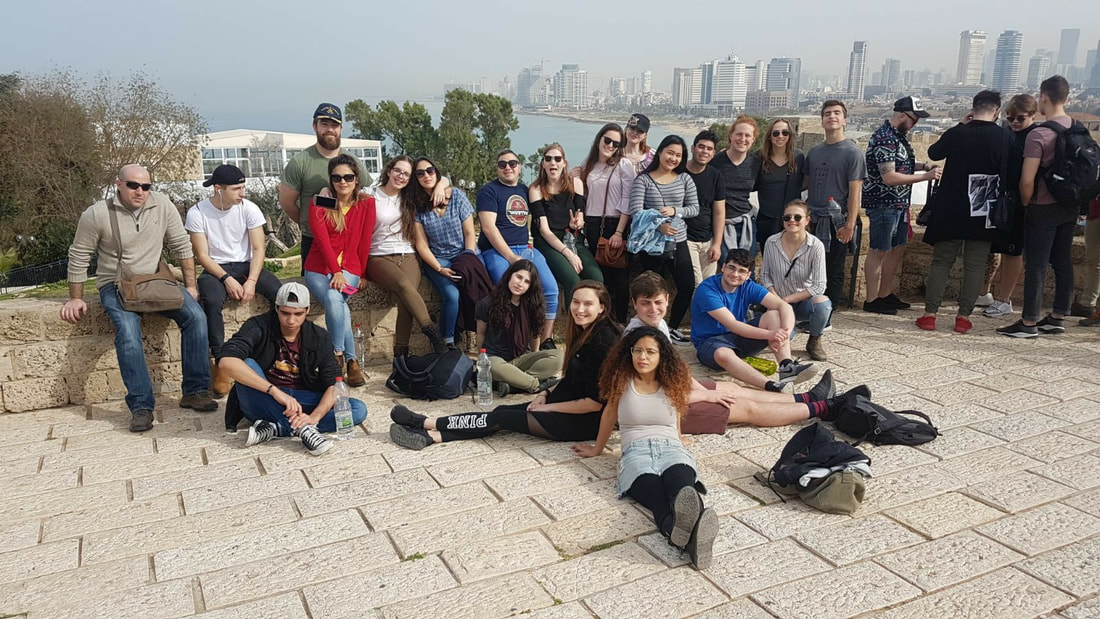 Ulpan Yagur in a trip to Tel Aviv
The information brought to you here is subject to change. We may make changes from time to time to any of our services, fees, schedules etc’. We try our best to keep the website up to date but there might be discrepancies from time to time between the information brought to you here and between what you may find or experience in the Kibbutz. We reserve the right in our sole discretion to edit or remove any documents, information or other content appearing on our Website or Service.
Kibbutz Program Center | 17 State Street Suite 4000, NY, 10004 New York, NY, 10004 | (212) 462 2764 | mail@kibbuzprogramcenter.org